Reiki is called, as Universal or source energy. Dr. Mikao Usui, who created this healing method, was born in Japan in 1865. He studied Buddhism from the age of 4, martial arts from the age of 12, then reached the highest level in Ki-Ko (Chi Kung) by his mid-twenties. He also learnt meditation and healing. 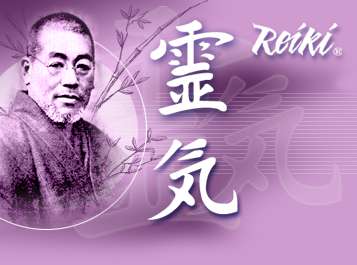 In his adult life he worked in different jobs: government officer, businessman journalist and secretary for the Mayor of Tokyo. He lived a relatively normal life with his wife and children.
He studied other forms of Buddhism from the Shinto and Mahayana sects. At age 53 he began a three year training in Zen Buddhism. After Japan’s borders were opened for the first time in many centuries Dr. Usui has travelled widely, He visited China, the US and Europe.

As part of his training in Zen Buddhism Usui would have been working towards achieving Satori the state of spiritual enlightenment. Apparently after advice from his Zen master, he decided to undergo shyu gyo, a strict spiritual discipline involving meditation and fasting for 21 days, until he either died or became enlightened. On the last morning of his fast he experienced “a great Reiki over his head”, which enabled him to become enlightened, and to acquire the ability to access healing energy (Reiki) and to pass that ability on others… (Penelope Quest – Reiki for Life)

To experience this gentle, but affective healing method make an appointment now.